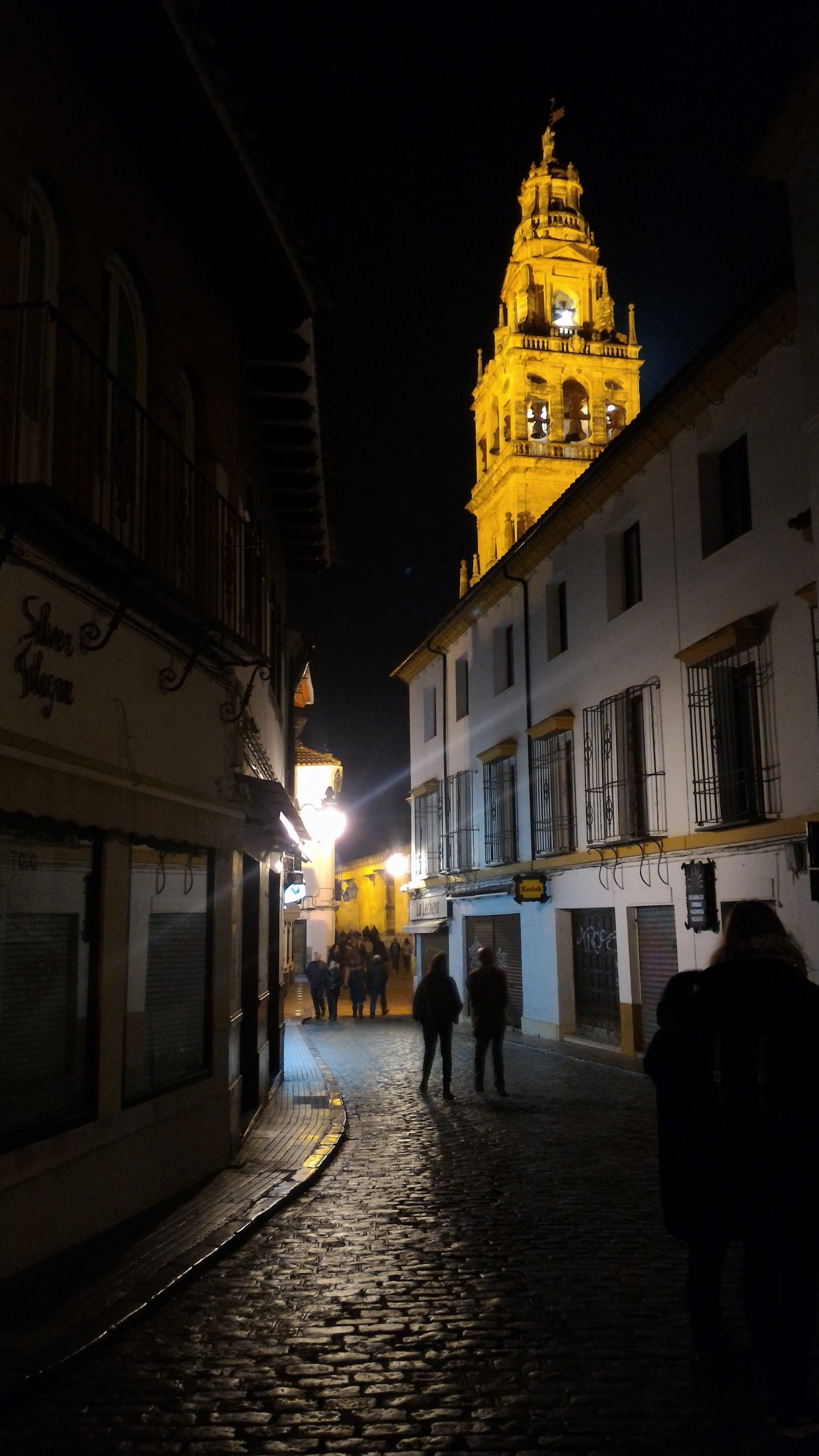 We’re starting 2018 off with a bang. Both Alba and I have the next week free and we’re loading up the car, picking up a few blablacars (ride sharing website, they’re essentially paying our gas 😉 and the first stop is Córdoba. We showed up around 8pm and after checking into the hotel we went out to explore the city. It was incredible at night and we couldn’t wait to see it by day. 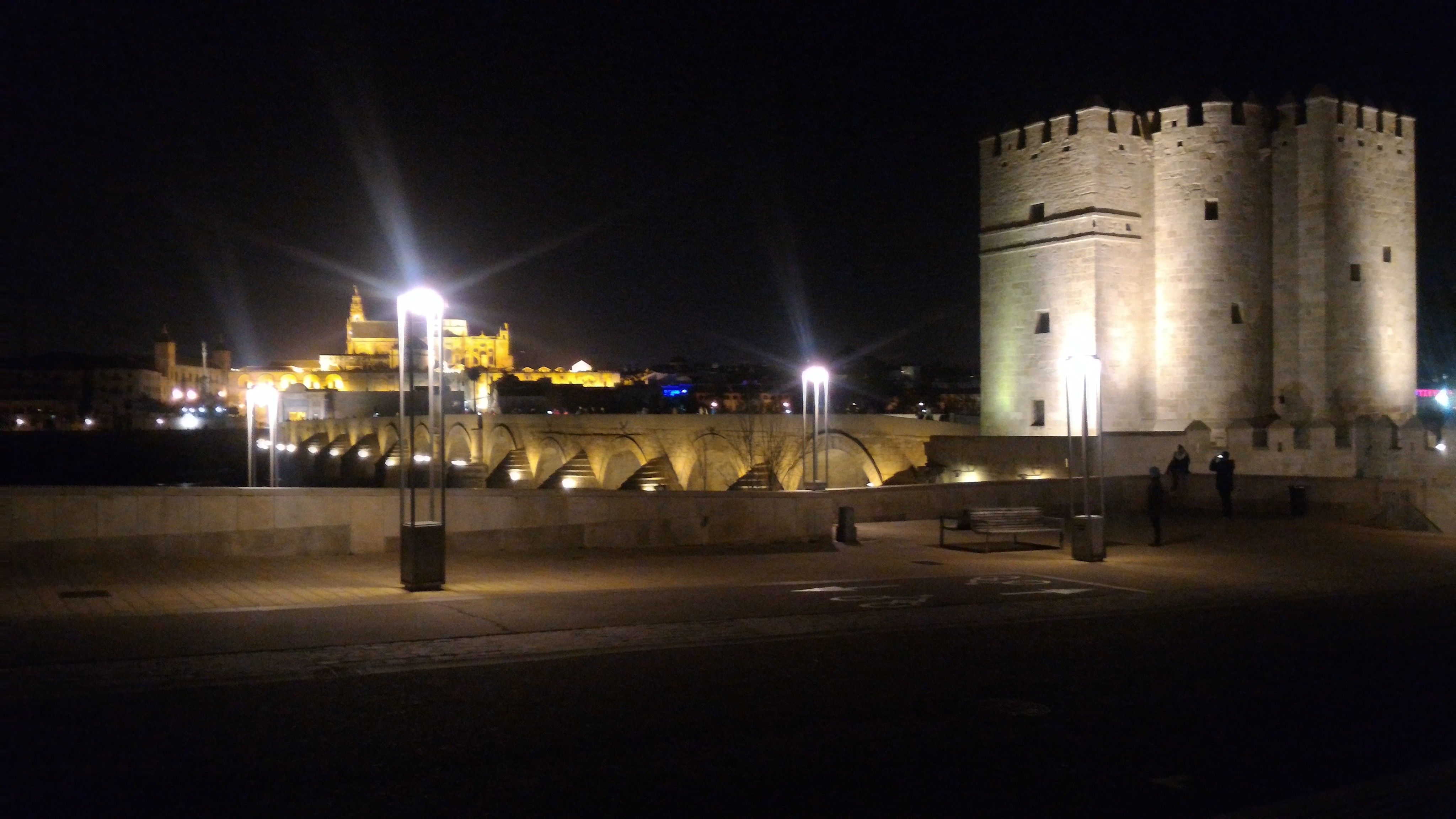 That next day didn’t disappoint. Being our only full day in Córdoba we left the hotel early and stayed en la calle until after dinner. Despite both of us fighting off a cold we managed to take full advantage. 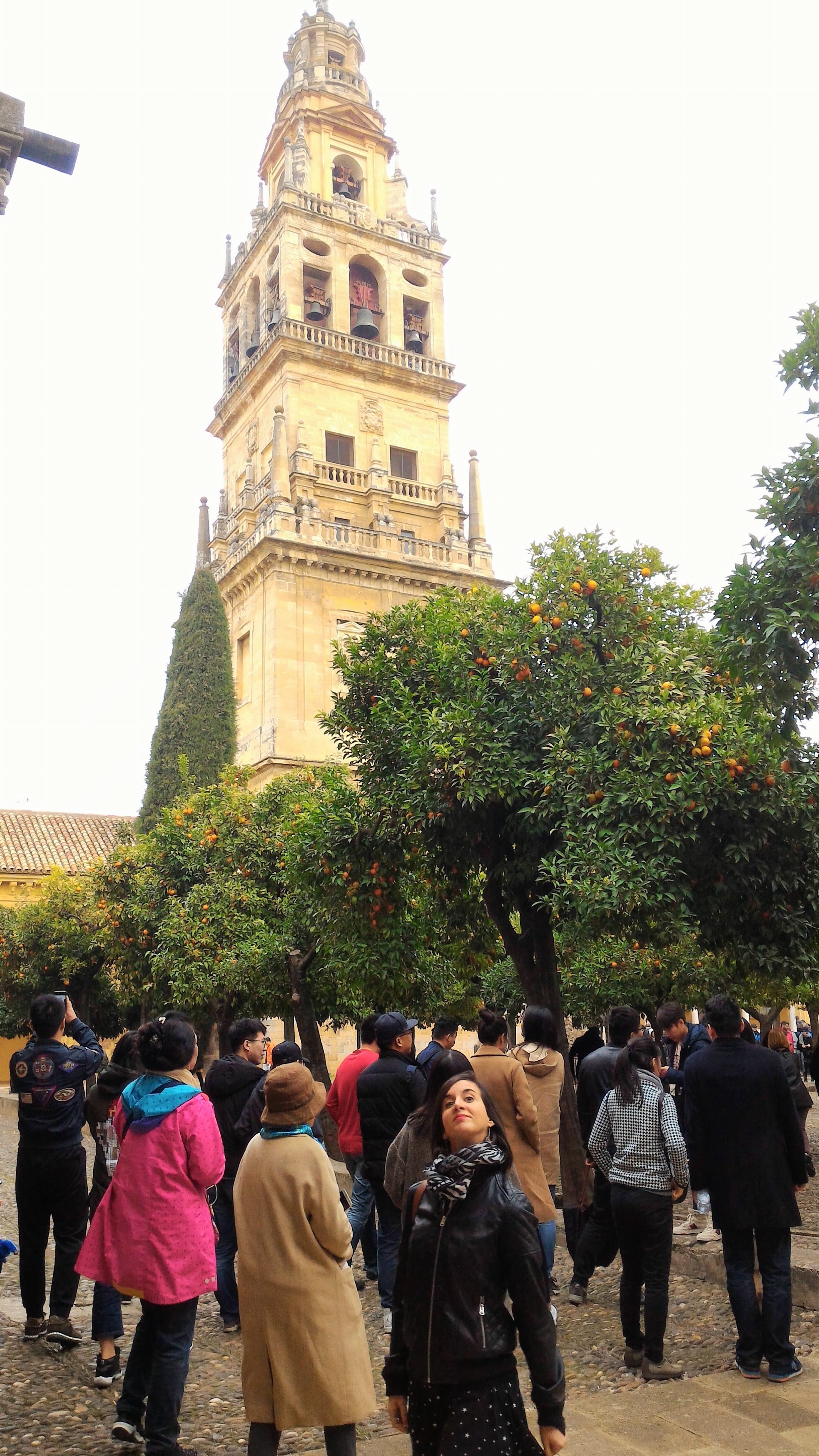 The Mezquita was the highlight of the day. It started off as an 8th century mosque that the Christians turned into a cathedral after the Spanish reconquista of Spain. La Mezquita has a beautiful mixture of Muslim and Christian cultures. I had been there 10+ years ago while studying abroad but it was great to be back. 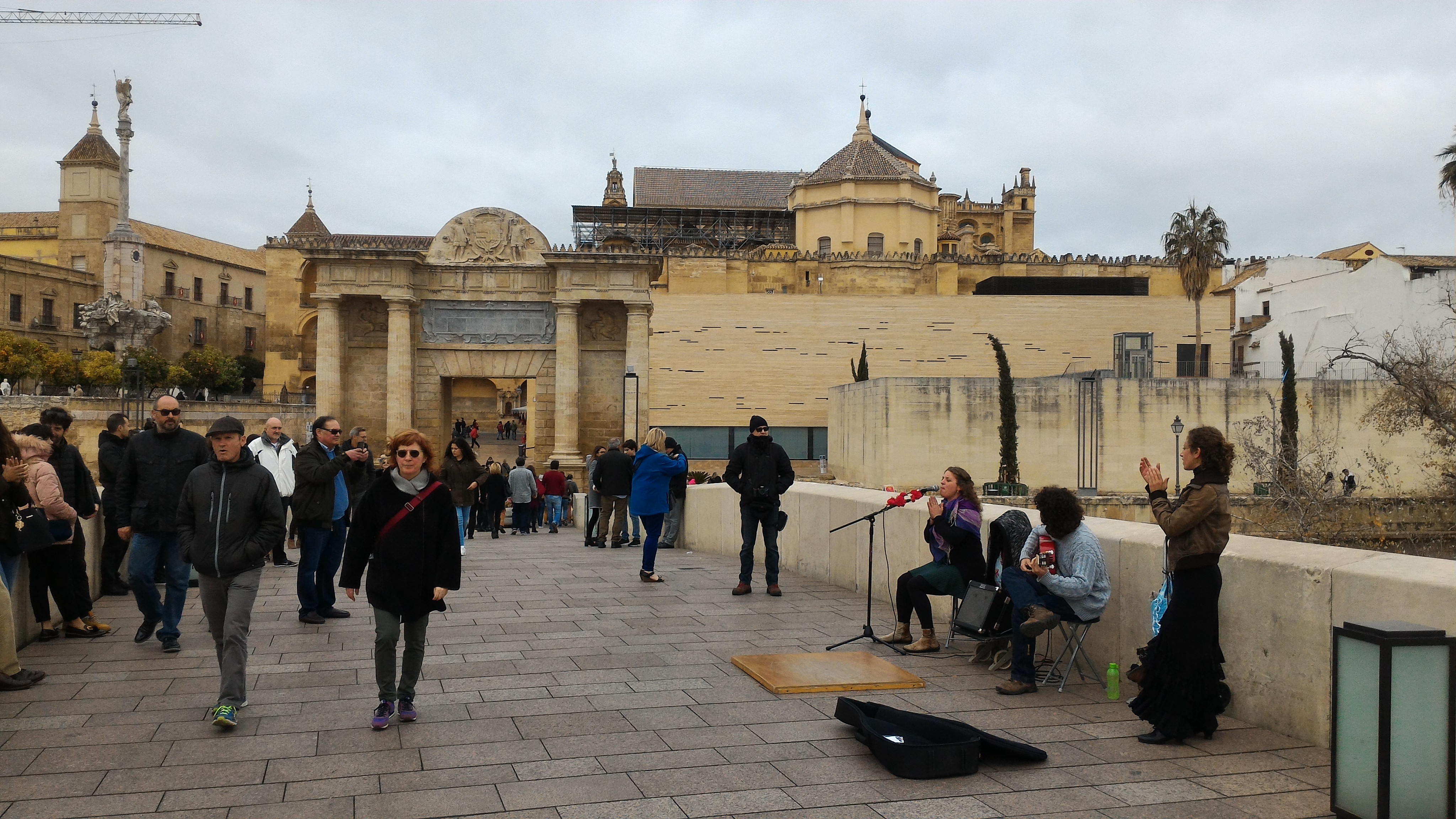 Being winter break, the place was crowded, yet still breathtaking. There’s still controversy today, is it a mosque or a cathedral? Walking in, it feels like a mosque, but as you walk around it starts to feel Christianity around you. As I said before, once the Christians took power back in the 1236, they claimed the building as their own. Instead of tearing it down and building a cathedral in its place, the Christians literally stuck their cathedral right smack in the middle of the mosque.

The building represents unity, when Muslims, Christians, and Jews lived together in peace, coexistence.

Call it want you want to call it, it was an awe-inspiring building.

From there, we went off to explore some of the famous floral patios Córdoba is famous for. Being winter, they weren’t as ravishing and some were even closed, but they were still stunning. 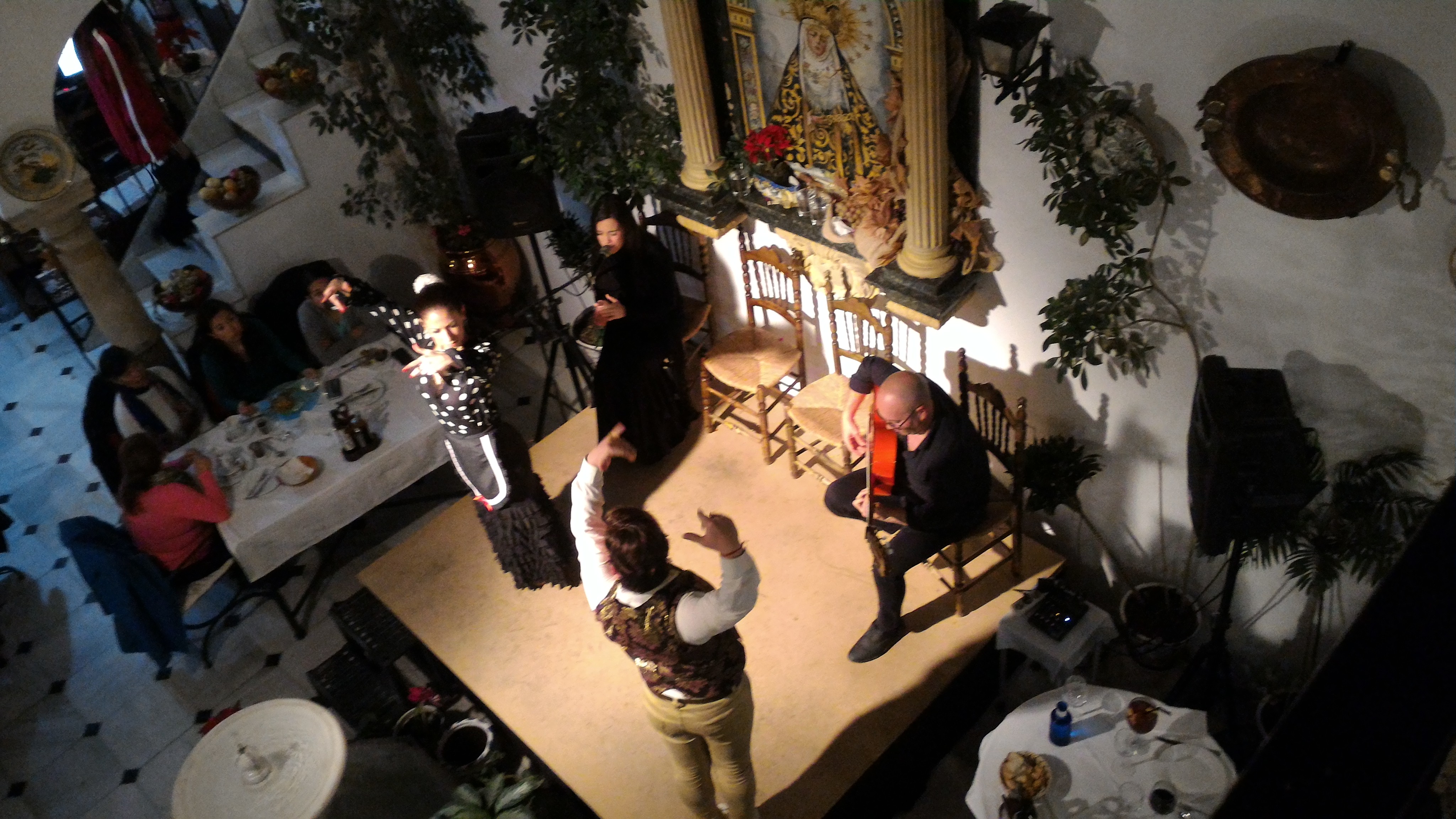 The day ended with dinner and a show. We found a restaurant that advertised a flamenco show with dinner. We were apprehensive thinking it would be ultra-touristy but trip advisor claimed otherwise so we gave it a try. We’re no experts, but we loved it.

The show consisted of four entertainers: one guitar player, one singer and two dancers. The musicians were incredibly talented and immediately we knew this was going to be good. You could tell with every song that they lived the music, they were just there to put on a show. The dancers danced “Sevillanas” together,

Intermission. We thought the guy was just a backup dancer, but he proved us wrong.

What a wonderful way to end our time in Córdoba! Tomorrow, we’re off to Ronda!

This site uses Akismet to reduce spam. Learn how your comment data is processed.